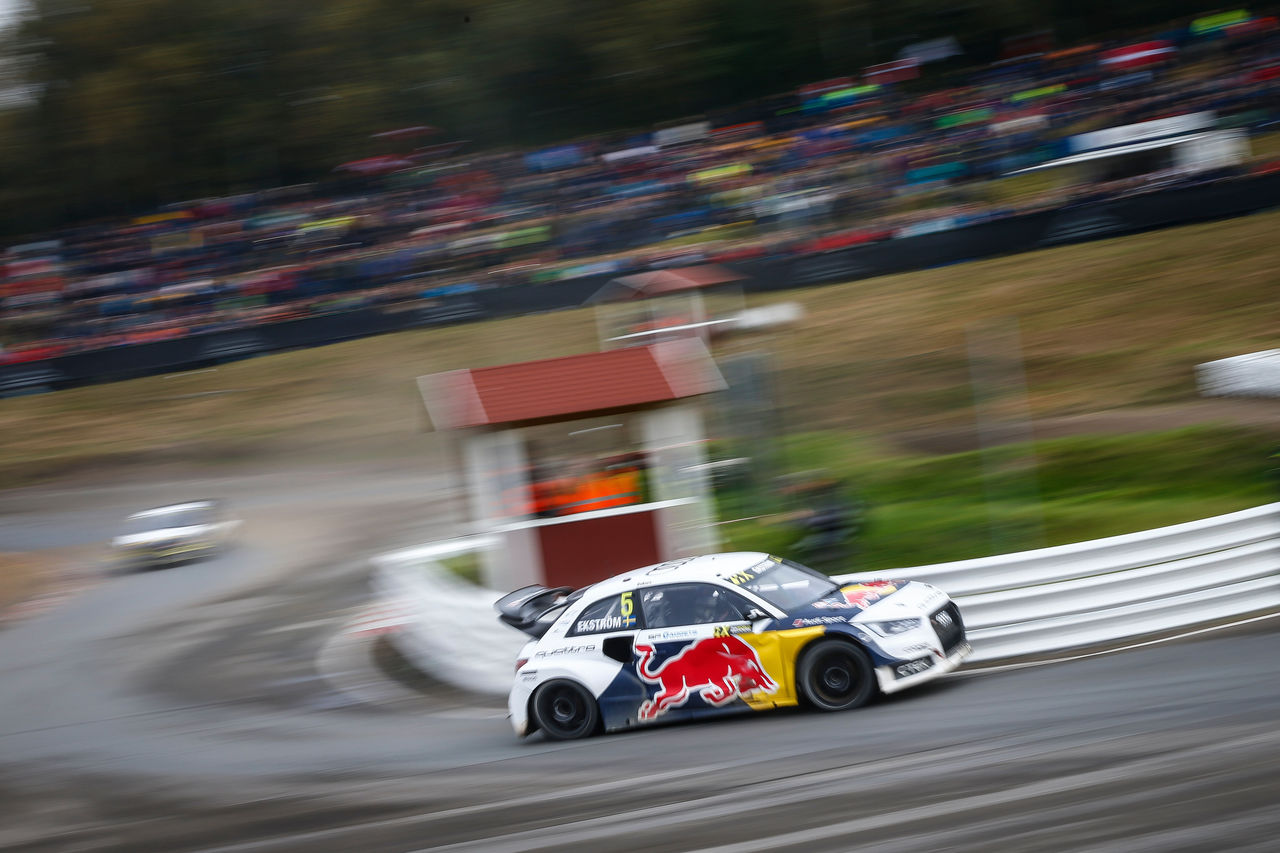 The 2017 FIA World Rallycross Championship is visiting Germany for the second time this year. Following the round at Hockenheim in May, the Estering in Buxtehude will host the penultimate event of the season. Together with his EKS teammates, Toomas Heikkinen and Reinis Nitišs, Mattias Ekström is battling for the fourth victory this season. In the drivers’ championship the Swede is currently in position three.