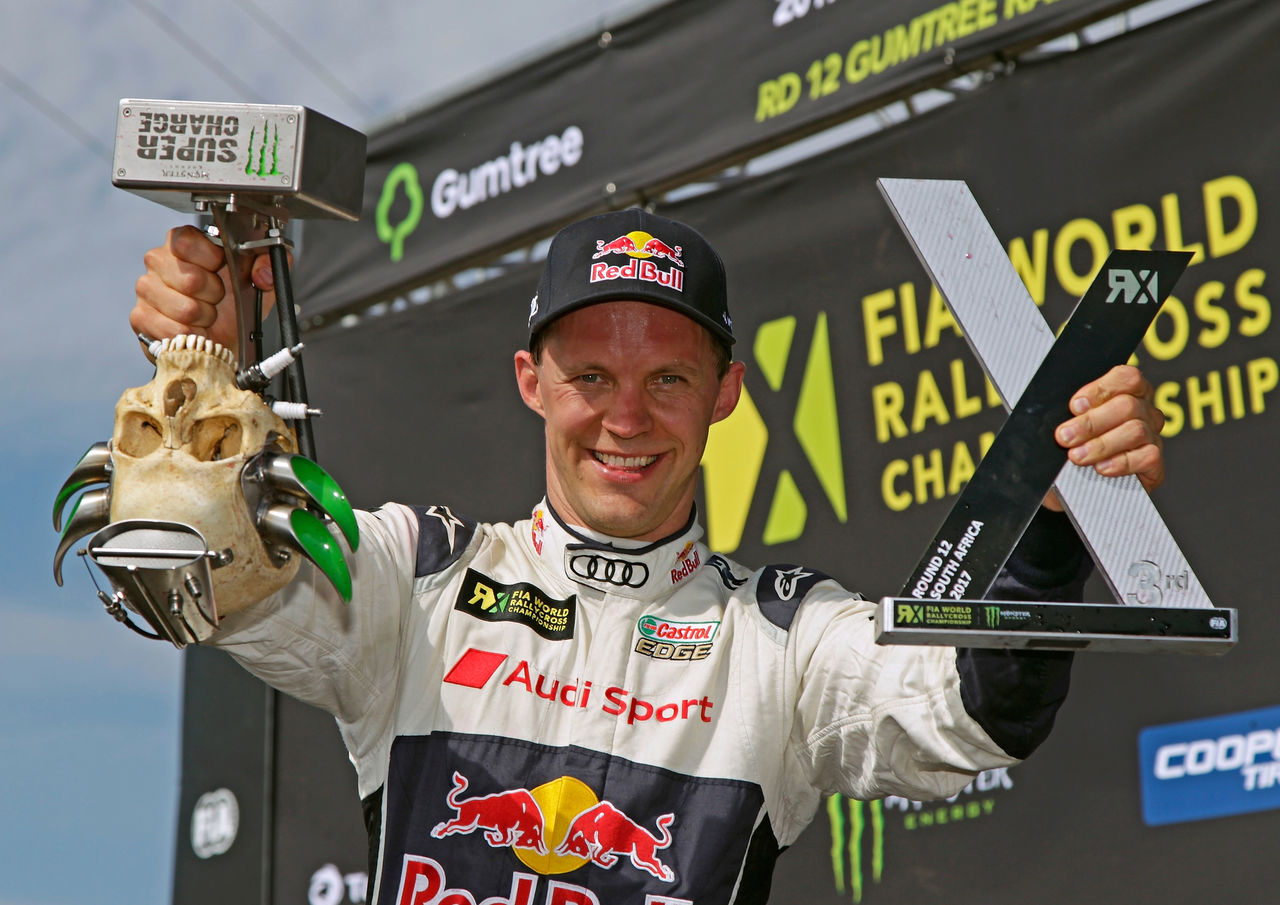 Mattias Ekström has clinched the FIA World Rallycross Championship runner-up slot. At the season finale in Cape Town, the Swede took third place and in doing so snatched second place in the overall standings from Petter Solberg, even though Ekström contested one race less than the Norwegian due to a clash of dates with the DTM. The previously crowned World Champion Johan Kristoffersson won the race in South Africa. EKS is third in the teams’ classification.