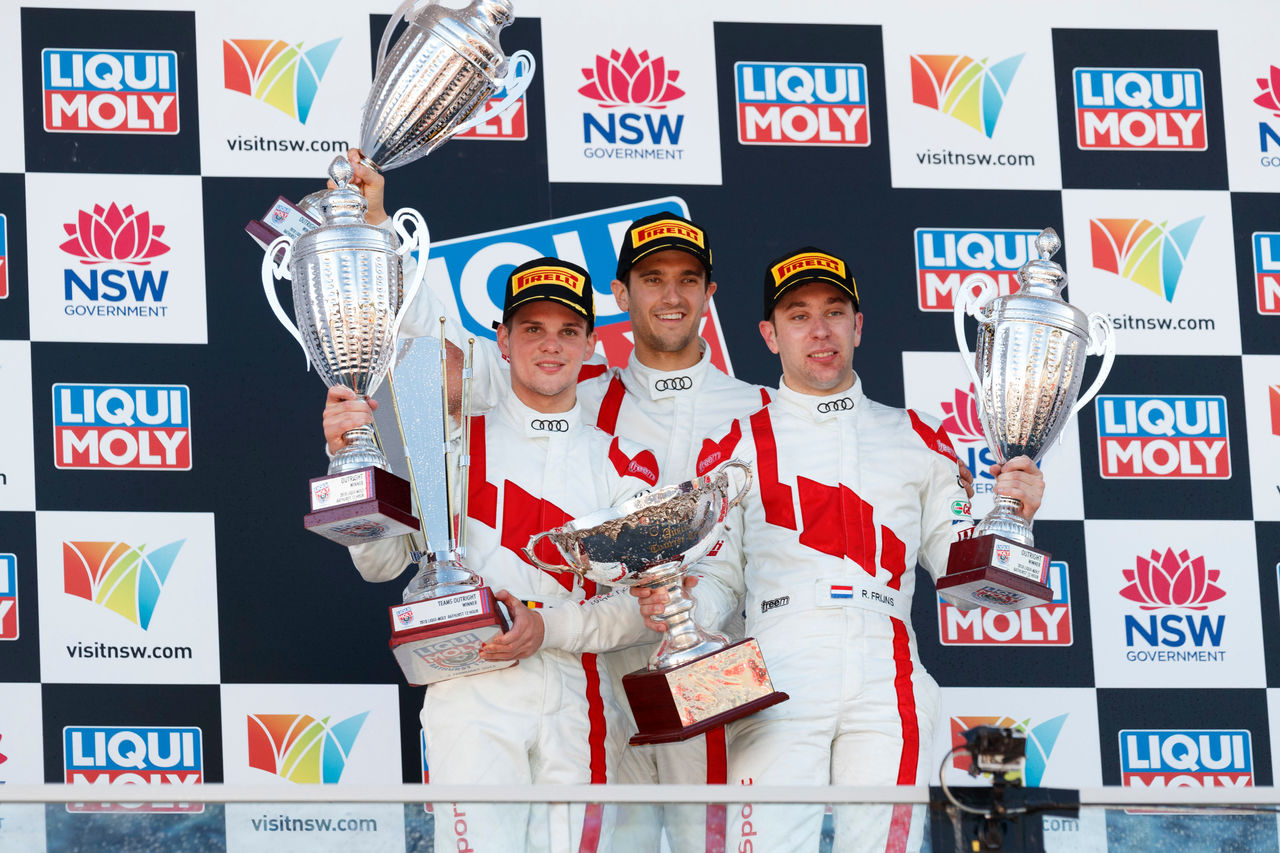 Audi Sport customer racing celebrated its third overall victory in the Bathurst 12 Hour after 2011 and 2012. On making its debut in Australia, Audi Sport Team WRT with campaigners Robin Frijns/Stuart Leonard/Dries Vanthoor (NL/GB/B) triumphed at the Intercontinental GT Challenge opener. As a result, Audi, as the title defenders in the drivers’ and manufacturers’ classifications of this series, managed a top-class start to the new season.