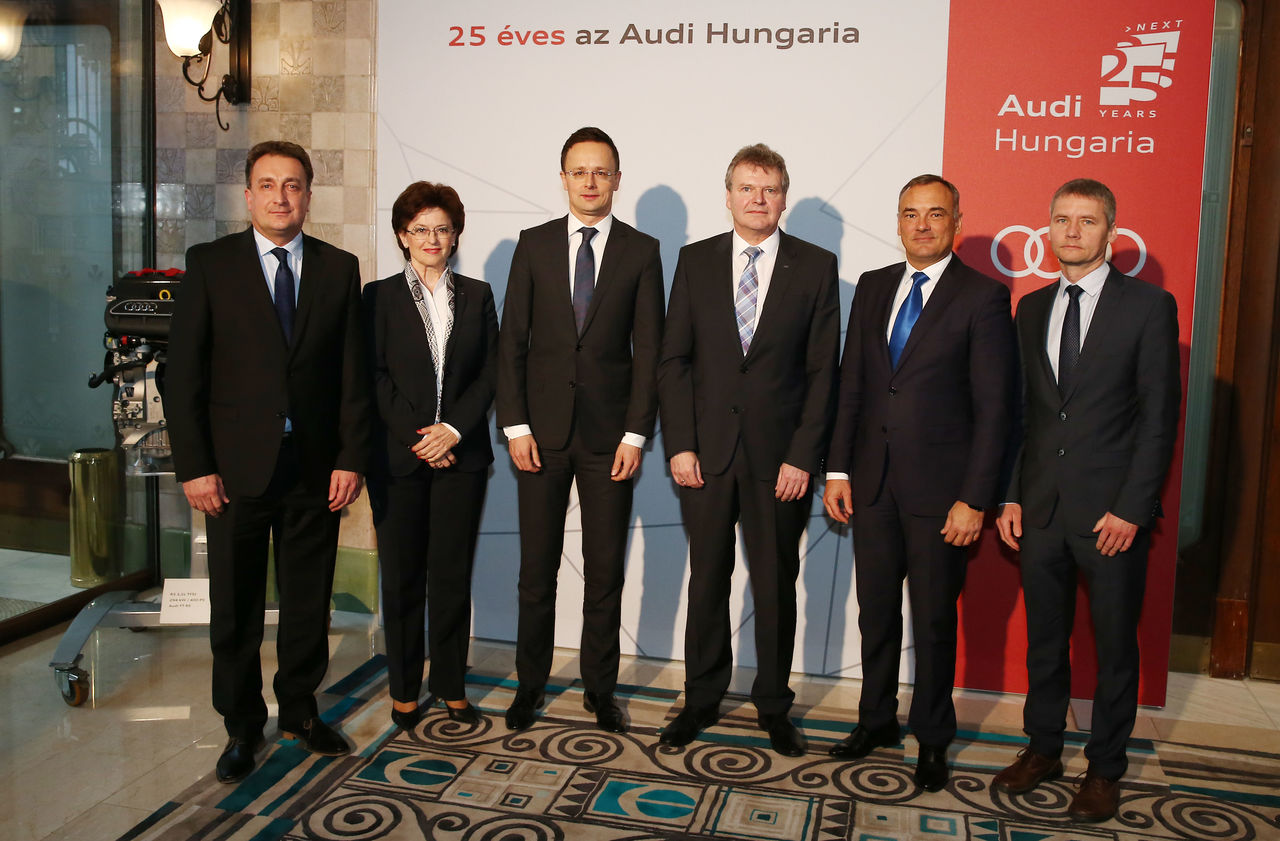 Audi Hungaria enters its anniversary year: Audi officially established the company in Győr exactly 25 years ago, on February 18, 1993. Audi Hungaria has been a success story ever since, and will be adding to its roll call of achievements this year. At the Anniversary Press Conference Péter Szijjártó, Minister of Foreign Affairs and Trade, and Achim Heinfling, Chairman of the Board of Management of AUDI HUNGARIA Zrt., paid tribute to the carmaker’s accomplishments in Hungary.