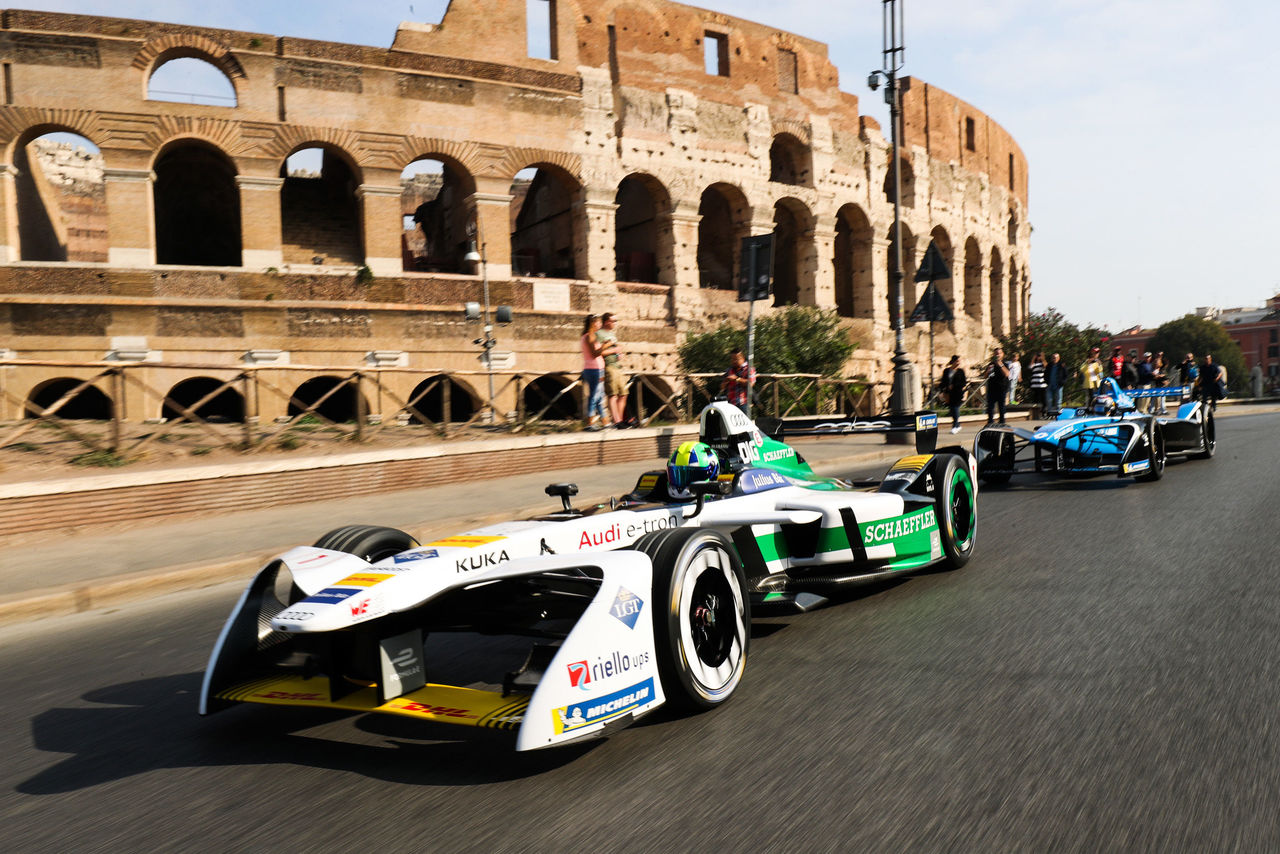 Formula E is arriving in Europe. On Saturday, April 14, the electric racing series will make its debut in the streets of Rome. The German Audi Sport ABT Schaeffler team with Daniel Abt and Lucas di Grassi wants to focus on further success in Italy’s capital city. Most recently, they scored victory in Mexico and a second place in Uruguay.